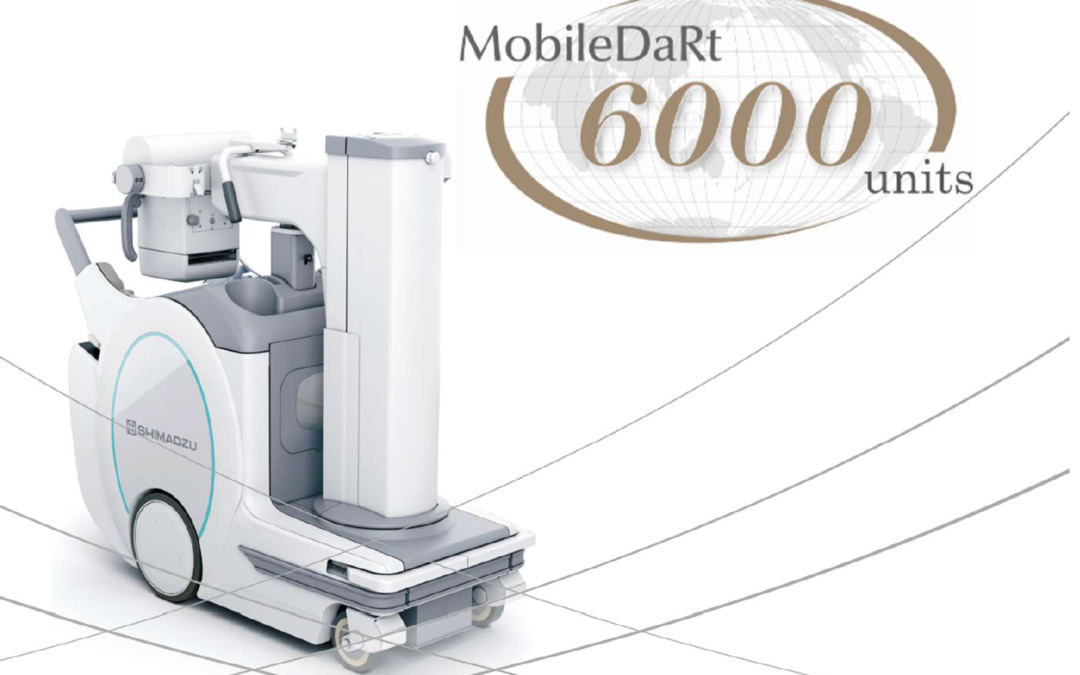 The number of order booking of MobileDaRt Evolution series, Shimadzu’s Digital Radiographic(DR) Mobile X-ray system with FPD, has exceeded 6,000 units worldwide as of March 2021. The Mobile DR system that performs radiography to image verification in one unit at patient side has enabled the examinations in ICU, ER, the isolated patient rooms under the epidemic of infection, and has supported doctors to recognize the patients’ condition and decide the adequate treatments. As a pioneer of the mobile DR solution, we will continue our efforts to contribute to worldwide healthcare facilities by our advanced technology and premium quality products.

in 2003 Unveiled at RSNA and became a hot topic to open the new “Mobile DR” modality as its pioneer.

in 2008 The 2nd-generation “MobileDaRt Evolution” launched. The systems were provided to the emergency medical treatment in China at the Great Sichuan Earthquake, and recognized for its high adaptability to disaster medical care.

in 2020 MobileDaRt series exceeded 5,000 units worldwide sales including 1,000+ units sales of the latest “MX8 Version”. Many of them have highly contributed to the worldwide healthcare for COVID-19 pneumonia patients diagnosis in an isolated patient room or ICU.